Finding a reliable, caring, and trustworthy chiropractor doesn't have to be a stressful experience.  Dr. Bailey is board-certified and has a long-standing relationship with the community. 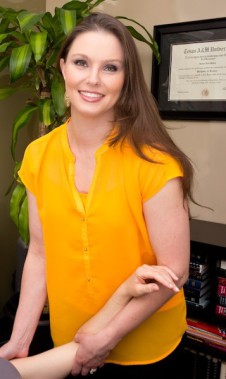 Dr.  Rachel Bailey is a native Austinite who has always enjoyed biology, anatomy, physiology, helping animals on the family ranch, fixing things, learning, and attaining great accomplishments! She graduated from our local McNeil High School with various scholarships, including academic scholarships from Dartmouth College, Rhodes College, Earlham College, Millsaps College, Centre College, and Austin College (Sherman, TX).  At the time of her departure from Austin, she expected to obtain a well-rounded education emphasizing health and biology, with a long term position as a veterinarian specializing in equine and large animal care.

Millsaps College offered Dr. Bailey the most generous scholarship, and it ranked highest in medical school acceptance rates and students’ average MCAT scores… so off she went!  While enrolled as a Biology Major at Millsaps, Dr. Bailey volunteered regularly through the Circle K Club and Habitat for Humanity, continued her love of dance through the Millsaps college dance team, and received multiple honors, including recognition for:

During the summer between her freshman and sophomore years, Dr. Bailey took a class at Texas A&M University, and she so enjoyed the academia, the traditions, the dancing, and the culture that she knew she would return.  For her junior and senior years she transferred into the Biomedical Sciences program at Texas A&M in College Station and continued her volunteer work through the local Habitat for Humanity.  She graduated with a Bachelor of Science and received the honor of induction into Beta Beta Beta, the Biology Honor Society. But Dr. Bailey especially cherished her time both volunteering and working as a veterinarian orthopedic surgical assistant – where her interest and knowledge in anatomy and biomechanics continued to develop and flourish!

Unfortunately, upon entering her senior year courses, Dr. Bailey had become ill.  Just as she had everything “lined up” for Vet School, her path to graduation and vet school was paused. Her grades were impressive, her testing scores too, and only weeks prior she had received endorsements from every veterinarian she worked with over the 5 previous years (here in Austin, surrounding areas, and further north in Dallas), but within a few months she found herself barely moving, swollen to the point of unable to wear her own clothes, and in pain all day and night.  She had withdrawn from classes, moved back home, sublet her college apartment, and spent her time and energy trying to figure out what was making her kidney function decline, causing her continuous infections, and keeping her gastrointestinal and respiratory systems from functioning properly.  After months in-and-out of clinics and hospitals in Austin, College Station, Temple, and Houston, she called the chiropractor who had helped her so many times when she was younger.  A simple phone call and he already knew!  But he requested she come in immediately to get checked to be sure.  They met at his office early the following morning so he could fit her in as soon as possible, and in less than 5 minutes she had the answer she needed.  Within two weeks she was back to moving, cleaning, going places, washing her own hair, etc.  That’s when she knew:  the world does not need more great veterinarians; they need more great doctors who use Applied Kinesiology.

She returned to finish her senior year of undergrad, and two weeks after receiving her Bachelor of Science degree and major in the Biomedical Sciences from Texas A&M University, she was taking courses at Texas Chiropractic College.  Dr. Bailey was “back to her old self” - volunteering regularly, serving as Treasurer of the Student Body Association, class officer, tutoring Anatomy and Physiology, and holding active memberships in various other academic affiliated organizations.

Dr. Rachel Bailey has found unlimited delight during her more than a decade practice, but she also finds further fulfillment via giving back to the Austin area community through education, volunteering, donations, and active memberships in various professional local and global organizations and associations. 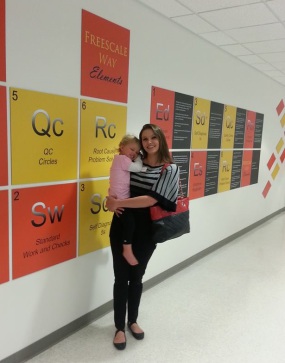 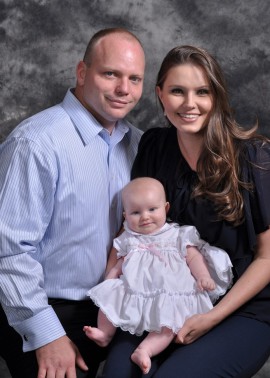 Give us a call:

*Other options may be available upon request.